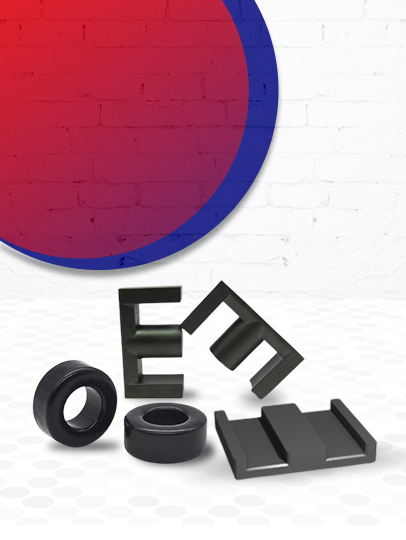 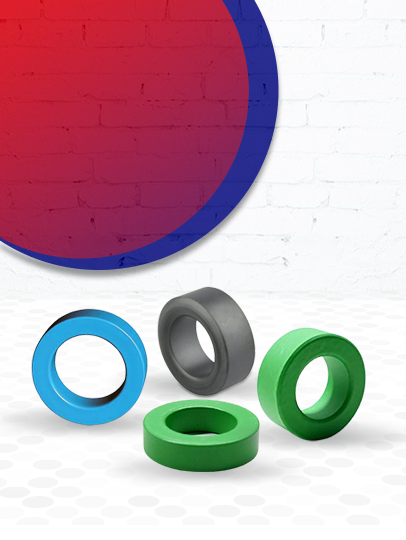 Transformers of all sizes are used throughout the world. It's a device that increases or decreases the voltage of the current introduced. They function on electromagnetic induction, which is the current produced due to a varying magnetic field.

Transformers are used across a wide range of applications from doorbells to electric generators because of their ability to regulate voltage. The core used in any transformer changes its output and characteristics a bit. Which begs the question of why are ferrite core transformers in such high demand.

The short answer to that is that with ferrite as transformer cores, they function at peak efficiency with the least amount of losses. However, the list of benefits doesn’t stop there. But before we get into that, let’s understand the basics first.

Ferrite Core Transformer is a non-conductive, ferromagnetic compound that has its winding made from ferrite cores. These cores are made from iron oxides and combined with zinc, nickel, and manganese compounds. Depending on the type of compound used, ferrite core transformers have a few types. Let’s go over two major ones.

Having better saturation levels and permeability than the Nickel-Zinc variant, these are the ideal type of transformer for applications that have an operating frequency of 5MHz and less.

These temperature-sensitive cores have a higher resistivity than the Manganese-Zinc variant and also a low Curie temperature. These are the ideal type of transformer for applications that have an operational frequency ranging from 2MHz and several hundred Mhz.

Now that you have an idea of the types, let’s move to why these are in demand. Here are the major advantages that put them above the rest of the options for many applications.

Permeability refers to the extent to which a material allows the magnetic flux to flow through it when a magnetic field is applied.

Since the transformer works via electromagnetic induction, the core between the primary and secondary coil must allow a high level of magnetism to be transported through it. Hence, ferrite core transformers have a core that allows efficient transfer of magnetic field.

The property of high permeability coupled with low electrical conductivity does not let eddy currents develop within the ferrite core transformer.

However, this comes with a disadvantage too. The con of working with ferrite as its core is that it is brittle when compared to metal cores, making them more likely to be affected by accidental drops and bangs.

Most of these benefits come directly because of the ferrite cores used in them. This points to the importance of the quality of cores used as it can directly affect the functioning of the transformer.

We at Cosmo Ferrites are one of the leading manufacturers and exporters of soft ferrites. Our cores come backed with ISO Accreditation & are tested vigorously to ensure that each adheres to our promise of maintaining the highest quality. Our soft ferrite products come in a range of shapes and sizes to fit your unique needs.

Contact us to get in touch with our experts & know which core suits your application the best.